The goal of this code was to enlarge the most used words and then the least used words in a document. The code was applied to three different kinds of texts: a persuasive essay, a science fiction movie script, and an instructional guide. 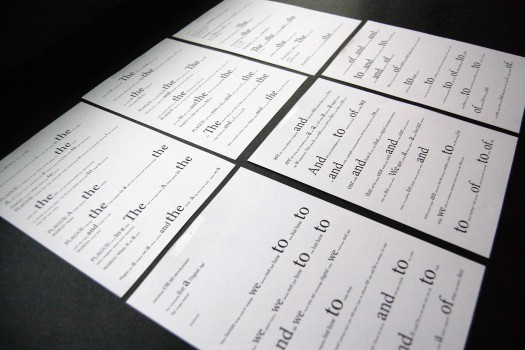 The hypothesis was that when the most-used words are enlarged, the three texts will appear the same but when the least-used words are enlarged clues to the texts meaning will be revealed. Unexpectedly, the most interesting result of this experiment is that when the most-used words were enlarged (typically prepositions and conjunctions) each text was different. This could reveal that even small words like “the,” “to,” and “you,” can explain the nature of a text. The enlargement of the least-used words was not as interesting because so many words are only used once in a text. Objective alterations were made to the code to give preference to longer words being used only a few times. More texts would have to be tested to truly reveal any patterns or consistencies. 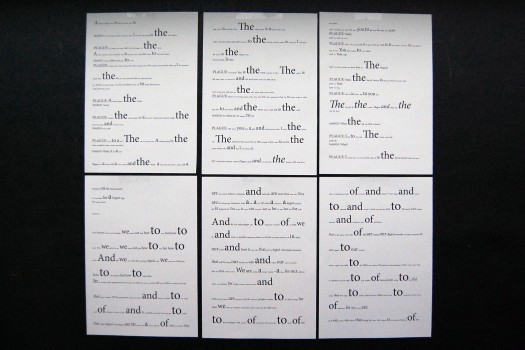 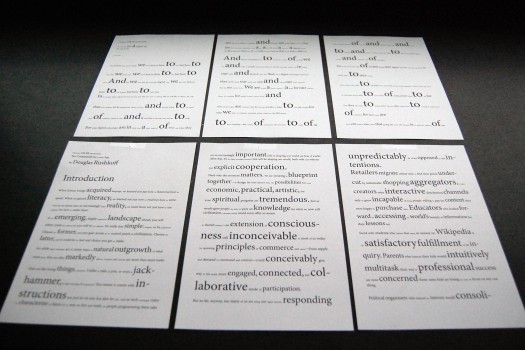